Strategically positioned, the ClearLED Wall transparent LED curtain is used by the Chengdu shopping mall IMAX theatre as a bill board to promote feature movies to shoppers inside and outside of the mall. 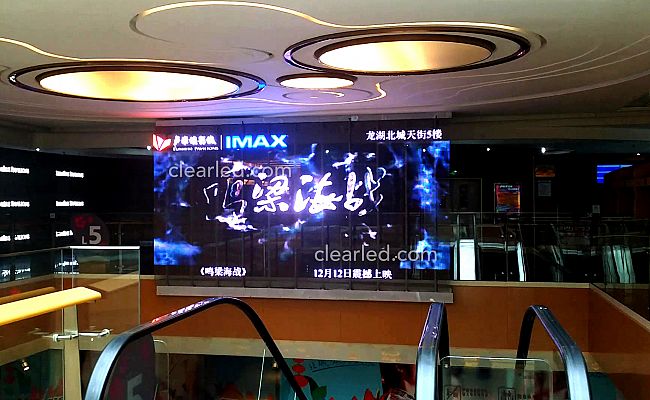 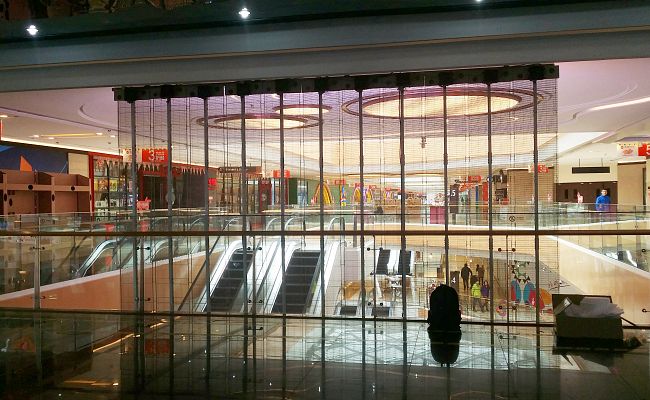 Image Maximum (IMAX) is a motion picture film format and a set of cinema projection standards created by IMAX Corporation of Canada and developed by Graeme Ferguson, Roman Kroitor, Robert Kerr, and William C. Shaw. IMAX has the capacity to record and display images of far greater size and resolution than conventional film systems. IMAX has become the most widely used system for special-venue film presentations and as of 2015, there were 1008 IMAX theatres in 66 countries around the globe.

Given the sophistication of the IMAX motion pictures, it stands to reason that the Chengdu IMAX theatre management team wanted a leading edge display to advertise its new theatre. It had to be large, impactful, and bright.

ClearLED designed and installed its high-resolution transparent LED display (XW8) in the Chengdu, IMAX theatre. The LED display sign has a total surface area of 17 squares meters (5.6 meters wide x 3 meters high). The extra bright display delivers an impactful LED video wall and at the same time, its high transparency allows sunlight to enter and therefore there is not change to the appearance and structure of the building.