As of New Years Eve 2017, the National Arts Centre (NAC), located in Ottawa, Canada, officially switched on the Kipnes Lantern. Designed and built by ClearLED, this transparent LED media facade is the largest of its kind in North America.

Moment Factory co-founder, Sakchin Bessette, says, “The Kipnes Lantern reflects the NAC itself – as a platform through which Canadians can share their culture and innovation with each other and the world.” Bessette adds, “It’s an exciting start to the next 150 years of Canadian storytelling.”

In case you missed it, here is a look at tonight’s launch of the #KipnesLantern. The beacon for the performing arts is live! #myNAC #Canada150 #HappyNewYear pic.twitter.com/COy1y0Ze7h

“There’s no screen like this anywhere else in the world,”

Bridget Mooney, one of NAC's project leaders, told Lynn Saxberg of the Ottawa Citizen, “The geometry, the way information is presented, and the different aspects of the animation was a challenge for us, but the results are amazing.” Mooney went on to say that the Kipnes Lantern is capable of providing a new, unique digital experience. “It creates a different experience for audiences watching on each side,” she explained. 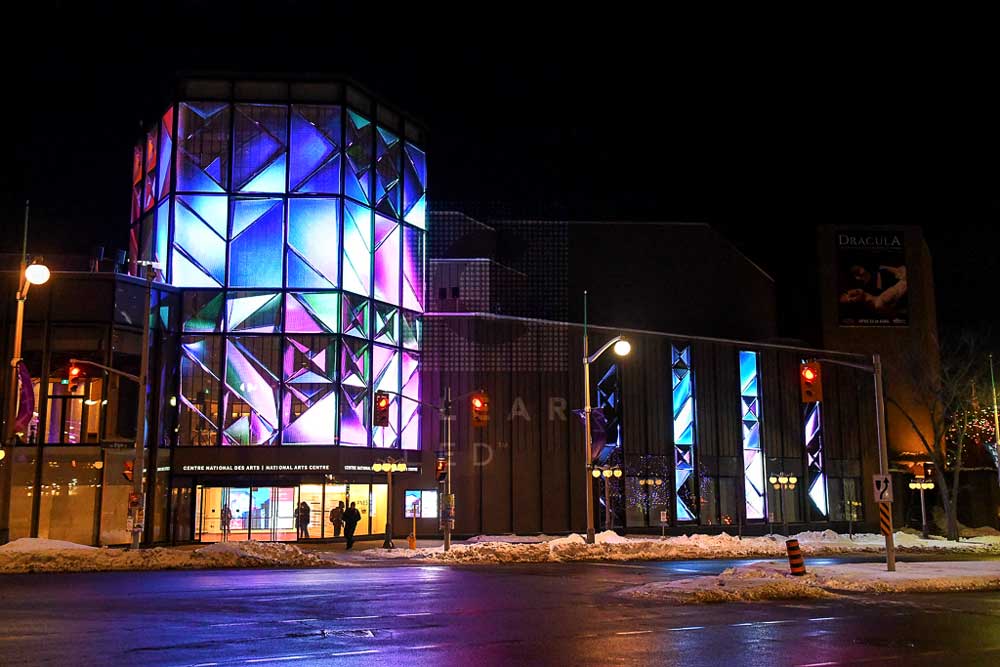 “Buildings have always been used to display cultural psyche, norms, and values,” Niels Wouters from CNN reported. “Digital media facades now light up the city, enabling buildings to act as dynamic landmarks. And a well-considered luminous building envelope that displays abstract digital visualizations can also make a cultural contribution to the city.”

Read more on “Digital media are changing the face of buildings, and urban policy needs to change with them.”

ClearLED has devoted more than one year to the development of customized design, engineering, manufacturing, and installation construction

ClearLED offered a dedicated project team: project manager, creative designer, technical engineer, and installation lead to work with NAC for more than one year. The project required multiple face-to-face meetings in Ottawa with the client and careful oversight of the display built at ClearLED’s factory in China. 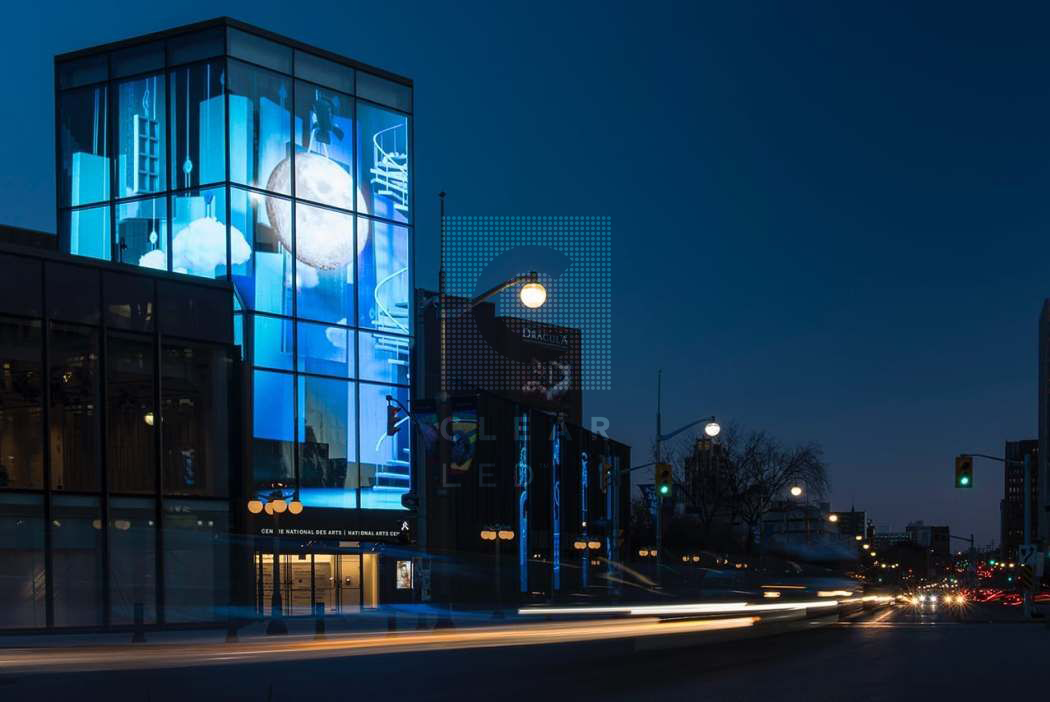 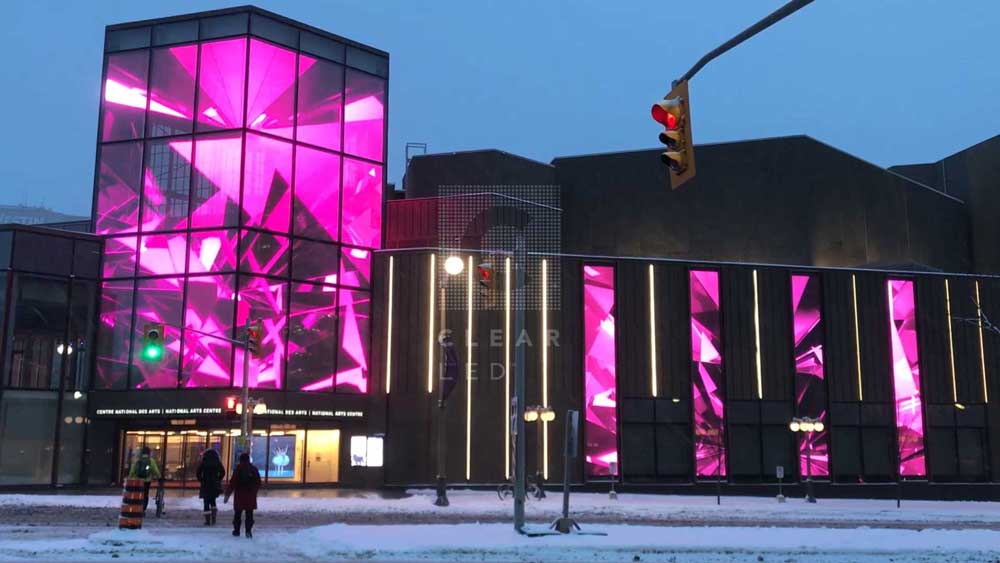 The architecture of the new National Arts Centre building is uniquely shaped as a giant lantern. To light up the space, ClearLED was challenged with designing custom screens to fit the space precisely and deliver the maximum transparency and brightness. An additional hurdle was to ensure the components were lightweight, sturdy, and accessible for maintenance. The four blades had to be waterproof to withstand cold and wet Ottawa outdoor weather conditions.

The unveiling of the New National Arts Centre played an important role in Canada’s 150-anniversary celebrations and became a global spotlight. Although ClearLED started the project well in advance of the deadline, as 1 July 2017 approached, pressure to finish on time escalated and all work crews on the project were working simultaneously, often in the same confined areas. Additionally, security on the premises was strictly enforced, making access to the facility a challenge without planning ahead. 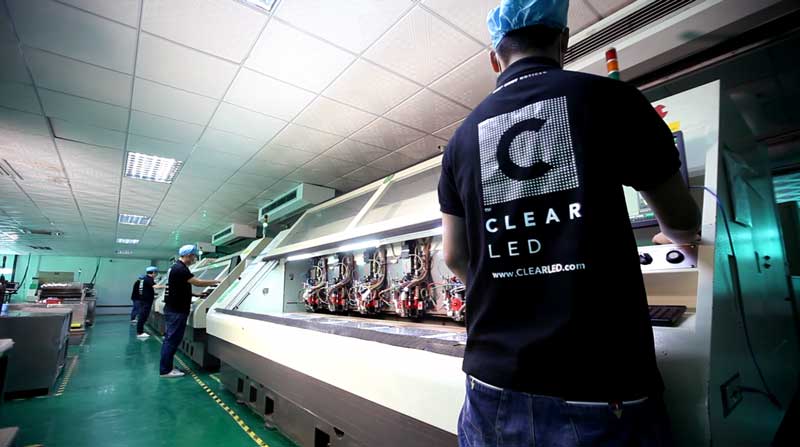 Over 400 LED panels were customized and designed to fit each section of the glass building, with over 13 uniquely customized model types. All panels were individually fitted and quality-tested to mitigate problems during installation. ClearLED selected high-quality Nichia LEDs to ensure long-lasting light hours and to endure Ottawa’s weather conditions.

The project and installation team were well-prepared in advance with security clearance. Materials were shipped and cleared customs early. During the installation period, the team resided in Ottawa and maintained continuous contact with the NAC team to schedule access and minimize clashes with other trades.

Watch the behind-the-scenes video on the making of the #KipnesLantern for @CanadasNAC Rejuvenation in #Ottawa - The largest #TransparentLED facade of North America, including over a year of design, engineering, manufacturing and building by @ClearLED. https://t.co/x8Mh1He5o5 pic.twitter.com/vMrlTjsVqG

Jin Fan, CEO of ClearLED, talks about the technology behind the NAC rejuvenation Project 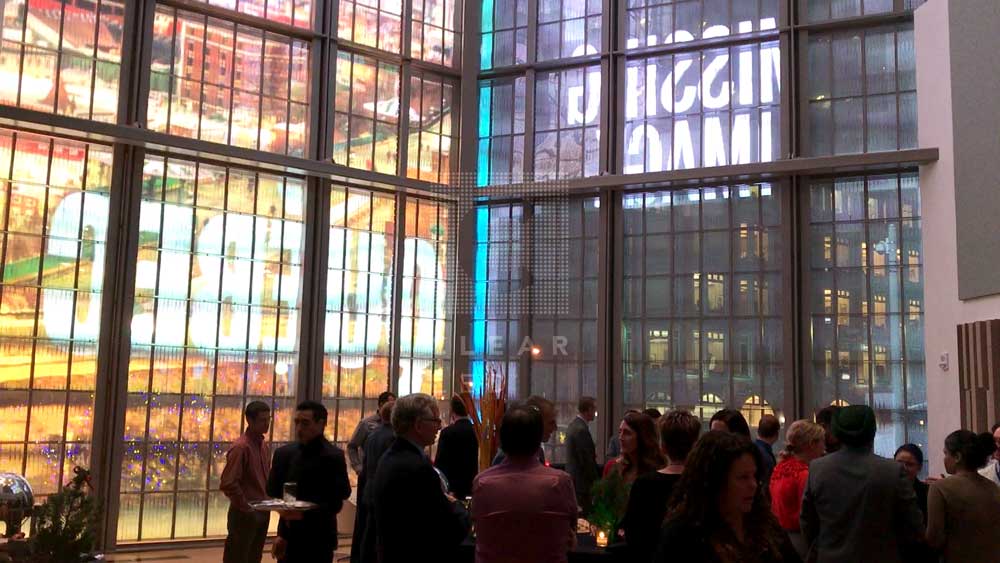 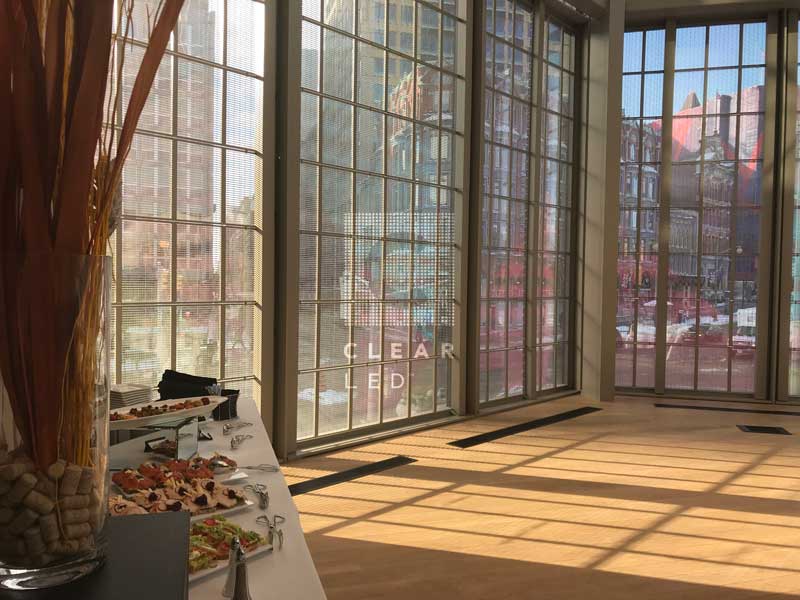 Dave Haynes, the Founder of Sixteen:Nine, one of the oldest and most respected news resources on digital signage, has showed great excitement about the NAC project and the technology behind it, claiming that this incredible project is 'the top contender for the 2018 Digital Signage Awards' even if it’s only the beginning of the year.

Listen to Jin Fan, the CEO of ClearLED, speaking about the NAC project and ClearLED on Haynes’ podcast:

Read more about the Kipnes Lantern: