Strategically positioned close to a busy highway in Louisiana, McDonald's installed two ClearLED Posters in its windows to attract customers. The ClearLED Posters surpass the performance of the former paper posters used by McDonald's, primarily due to their high visibility during daytime and nighttime hours. 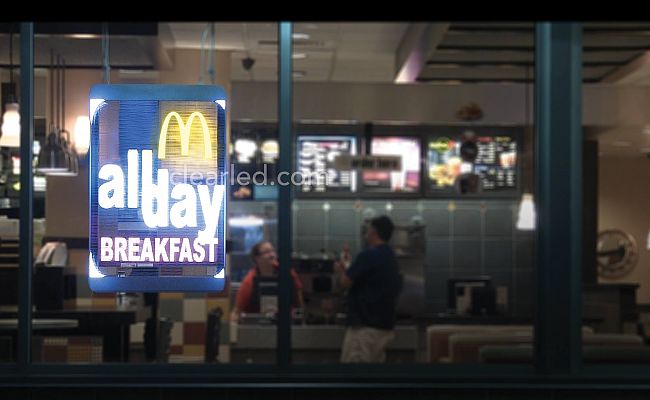 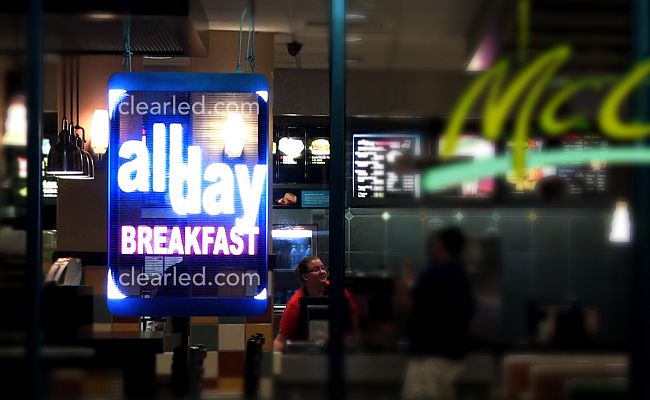 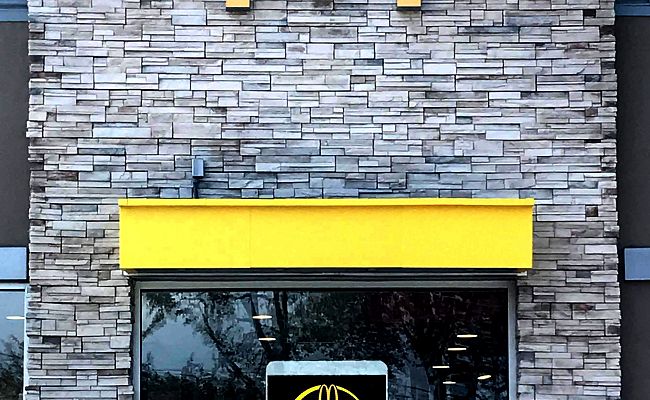 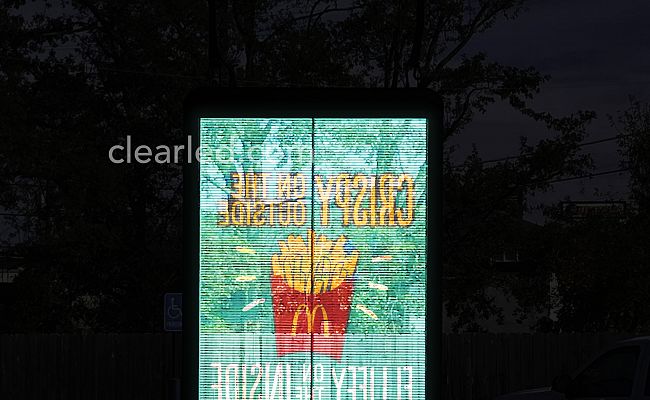 McDonald's Corporation is the world's largest chain of hamburger fast food restaurants, serving around 68 million customers daily in 119 countries across 35,000 outlets. Headquartered in USA, the company was founded in 1940 as a barbecue restaurant operated by Richard and Maurice McDonald. In 1948, the brothers reorganized their business and became a hamburger stand using production line principles. Businessman Ray Kroc joined the company as a franchise agent in 1955. He subsequently purchased the chain from the McDonald brothers and commandeered its worldwide growth.

In 2015 the management of the newly opened McDonald’s outlet in Louisiana was dissatisfied with traditional paper posters and traditional LED signage. Not only did they not deliver the impact they had hoped for, they were time consuming and costly to maintain. Management was searching for a more attractive, efficient, and functional solution.

The ClearLED team recommended the Poster series transparent LED sign to McDonald’s. The ClearED Poster displays replaced the previous paper window posters and serve as digital LED posters. Easy to install with power supplies and receiving cards built into the frame headrail, the new ClearLED Poster series transparent digital window displays fully met McDonald’s requirements: attractively bright and noticeable (6000nit), lightweight and easy to install and maintain, and easy to program from one central system. And because of their transparency they let natural sunlight into the interior of the restaurant and allow customers inside to see outside. McDonald’s also enjoyed significant cost savings, both in the cost of printing paper posters and the labor required to switch them out regularly. The ClearLED Poster series was designed with simplicity in mind, and it has greatly simplified McDonald’s LED window display system.